Back in December, Xiaomi released its latest flagship digital series, Xiaomi 12 series. At the launch, the company announced three smartphones including Xiaomi 12, 12 Pro, and 12X. Now, there are reports that a fourth model, Xiaomi 12 Lite is on its way. According to xiaomiui.net, this smartphone has obtained EEC certification, and its model number is 2203129G. From the naming of this device, it will be a mid-range smartphone. Previous Xiaomi digital series also have the Lite model. The Xiaomi 10 series and Xiaomi 11 series both have the lite model. These smartphones are usually thin and light. 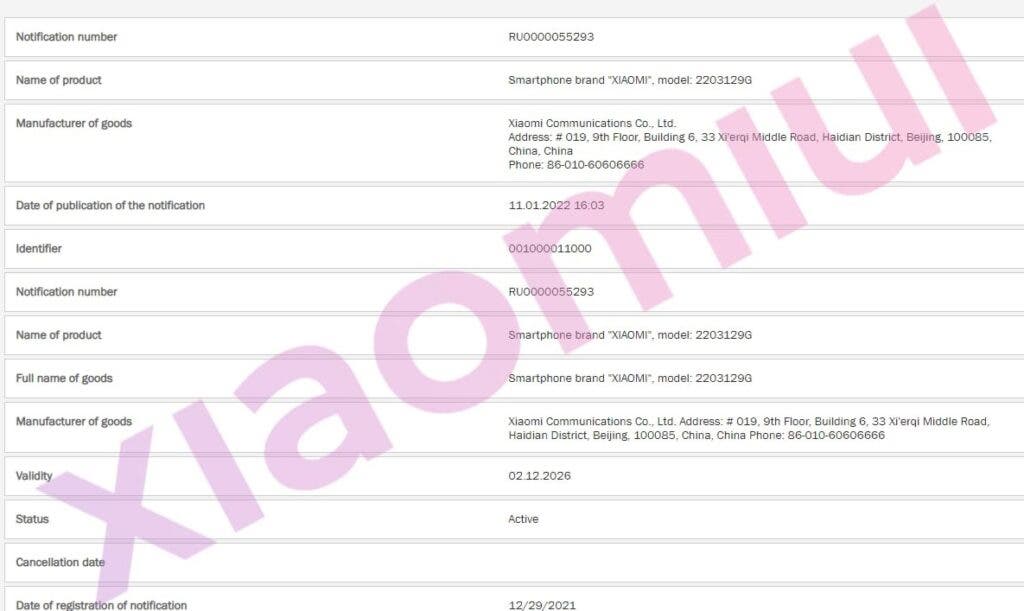 Back in October, there was a report that exposed the Lite version of the Xiaomi 12 series. The report claims that this version will have both Chinese and global models. The report shows that the MIUI code reveals three models in the Xiaomi 12 series. These models come with the codenames “Munch”, “Taoyao” and “Zijin”. The “Taoyao” codename corresponds to the Xiaomi 12 Lite while the “Zijin” corresponds to the Zoom Version. These smartphones will come with the Snapdragon 778G chip (SM7325). Furthermore, they will use a 1080P resolution display with a high 120Hz refresh rate. These smartphones will also come with an under-display fingerprint sensor. 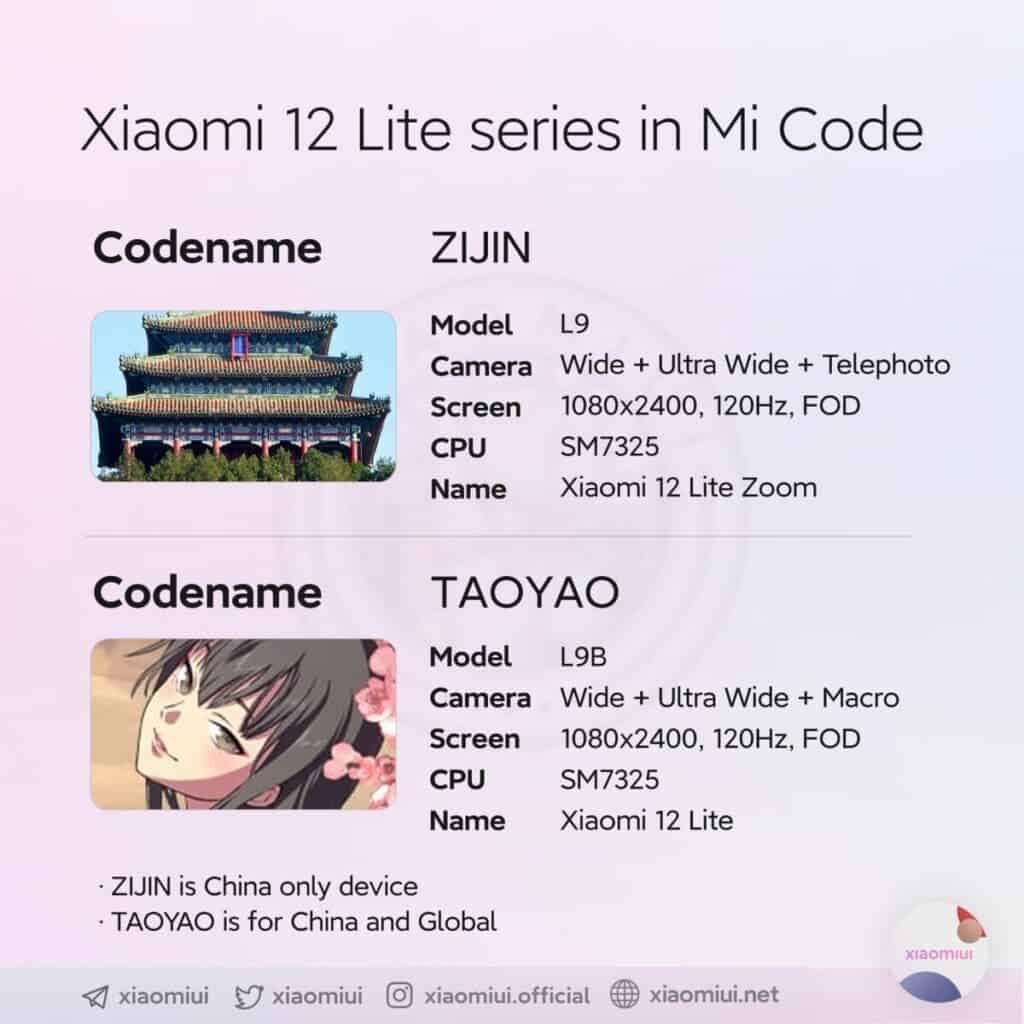 As for “Munch”, the report claims that this device will be the Xiaomi 12T which corresponds to the Redmi K50 series. This smartphone will come with a 1080P 120Hz high refresh screen, an under-screen fingerprint sensor as well as the Snapdragon 870 SoC. Xiaomi 12 Lite in both versions (Chinese and global) should receive a display with a refresh rate of 120 Hz and a resolution of 2400 x 1080 pixels. 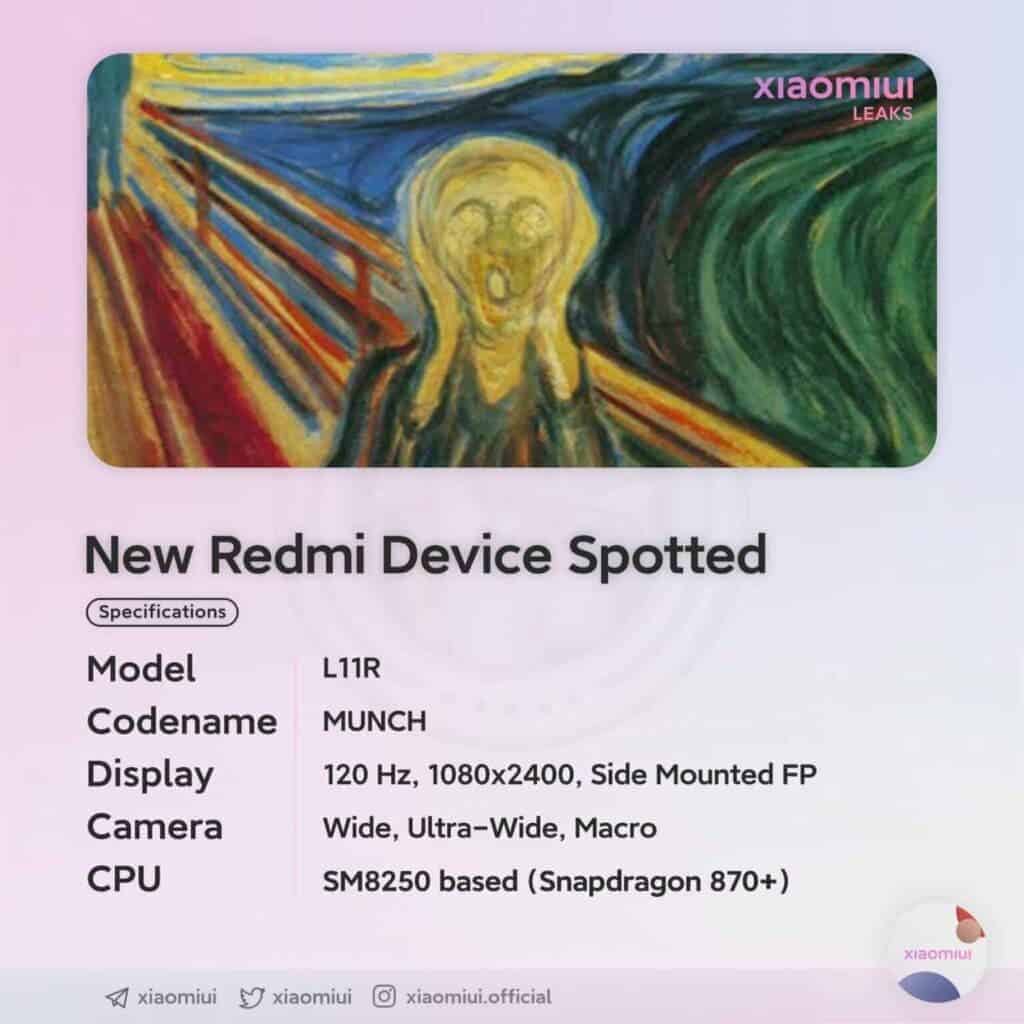 From the naming, it appears that the Xiaomi 12 Lite Zoom will come with some sort of zoom capacity. As of now, there is not much information on these smartphones. According to earlier reports, the Mi 12 Lite will not be exclusive to the global market. The company will also release a Chinese version but this Chinese model will be slightly better. The report claims the Chinese version of the Xiaomi 12 Lite will have better cameras than the global version. However, there are no details of the camera specifications of these smartphones.